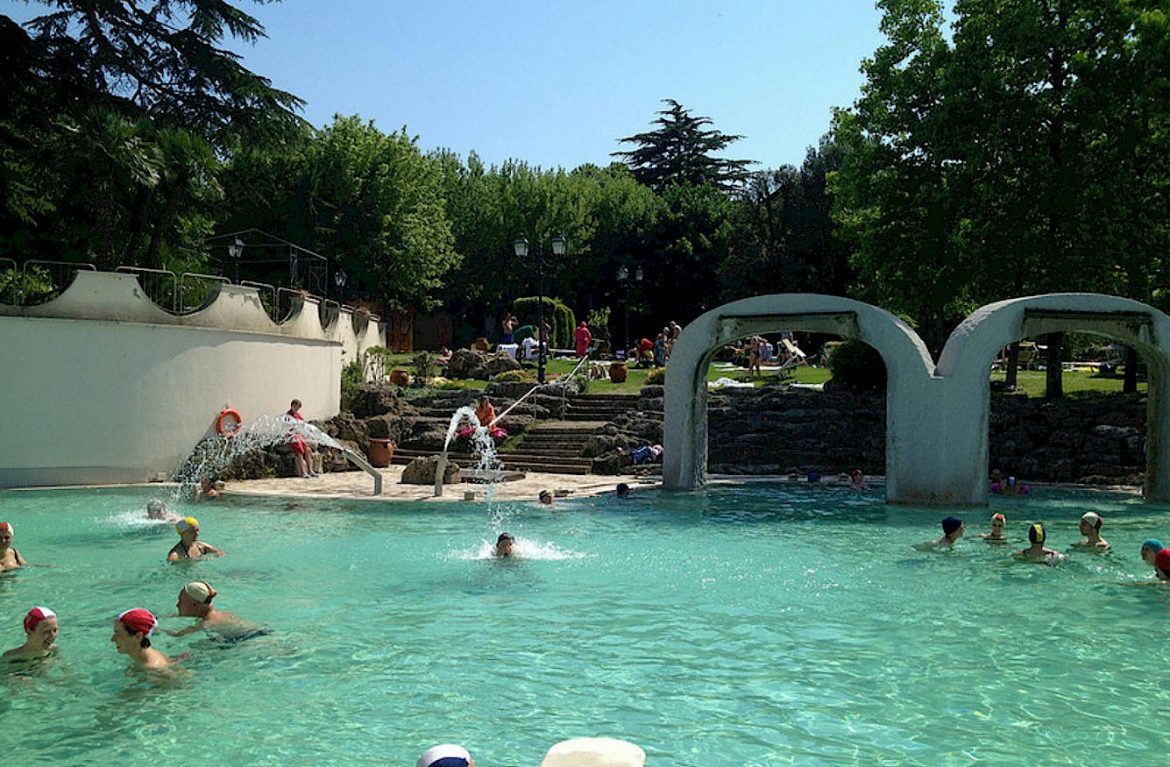 The spa town of Casciana Terme in the Province of Pisa, Tuscany

Casciana Terme is a small town in the Province of Pisa, Tuscany, famous in large part for its thermal springs and spas. It was known to the Romans as Castrum ad Aquas or Balneum ad Aquas. The current name Casciana is derived from the Latin name Cassius, meaning “Cassio’s Land”, but the location is first mentioned by the name of Acqui at the end of the 9 C, a reference to the thermal springs. The town was called Bagni di Casciana, referring to the centre of Casciana, until 1956 when it assumed its present name of Casciana Terme.

The springs of Casciana Terme were among those known to the Romans. This small village with its ancient, sunny houses is situated on the Pisan hills. Here the first thermal baths date from 1311 and were built by command of Federico da Montefeltro. In 1824, a new façade was added to the building by order of Ferdinand III of Lorraine. At the same time, the various baths were improved and heating stoves were installed for drying the towels and thus the place became known as “the pearl of Italian spas”. In the second half of the 19 C, huge new thermal baths were built in neoclassical style. They were designed by the architect Giuseppe Poggi, famous for having built Piazzale Michelangelo and the Viali around the centre of Florence, urban projects connected with the time when Florence was the capital of the Kingdom of Italy (1865 – 1870).

During your time at Casciana Terme, be sure to visit the nearby and charming village of Lari. This hill top village dates from the 8th century BC and there are traces of Etruscan influence in its layout.