Tuscany - what to see, what to do, where to stay in Tuscany

Welcome to our Tuscany sightseeing and tourist information travel guide! Here we bring you an ever-increasing range of useful information about the main attractions, best sights and events of Tuscany as well as access to the best accommodations in Tuscany.

Things to see and do in Tuscany, where to stay in Tuscany and what to eat and drink in the Region of Tuscany in central Italy.

The main cities of Tuscany all have a Tourist Information Office near the centre of the city. In smaller towns, look for the ProLoco Office which is manned by volunteers and serves the same purpose. All of these offices provide maps and a range of brochures describing local sights of interest and bus routes. 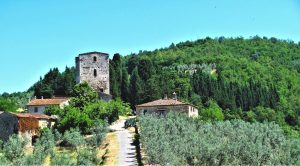 Things to see and do in Tuscany

What to eat and drink in Tuscany

When to visit Tuscany

High season in Tuscany runs from April through October, with June and then September being usually the most pleasant periods to be here. The Spring, Summer and Autumn months are preferred because they are for the most part warm and the days are long. April and October are the traditionally “wet” months but in fact rain in Tuscany comes mainly in the form of brief showers and thunderstorms – days of solid rain are very rare.

There is a widely promulgated myth that Tuscany closes down during August. This is untrue.While August is the hottest month and many Tuscan families head for the beaches, the towns and cities are fully operational and many tourists enjoy them during the month of August. Air conditioning is rare outside of the big hotels and in fact is rarely needed.

If shorter days a not a problem, Winter in Tuscany also has its compensations, the biggest being less crowding in the popular tourist areas and the possibility of Winter sports and the hunting season. The latter means game dishes become more readily available, and there’s nothing like enjoying a wild boar dinner in front of a roaring fire. During Winter some accommodation and restaurants are closed, and swimming pools are almost all closed. heated pools are very rare in Tuscany.

Where to stay Tuscany

Visitors to Tuscany are strongly recommended to do plenty of homework before setting out on their trip to Italy. In particular, it will be important to decide on the kind of location and what type of vacation accommodations you prefer before booking and certainly before visiting Tuscany, to avoid consuming your valuable vacation time searching for a place to stay. Booking in advance has the same advantage: making the decision to find a place while you’re travelling can definitely waste a huge amount of time. In a similar vein, it’s recommendable to select a base and stick to it. Changing your accommodation every 3-4 days can wipe out a whole day with each change. Tuscany is not especially large, so that for a two week stay in which you intend to explore the whole Region, it is enough to select one base in the north and another in the south. Even a single, central base can be enough – reasonably long day excursions will allow you to reach every corner of Tuscany without undue stress.

There are relatively few hotels outside the cities and towns of Tuscany. The main cities of Tuscany are well provided with hotels and pensioni but visitors may well be tempted by the luxury villa hotels in the Tuscan countryside. These are historical villas that have been converted into tourist accommodation, usually preserving the characteristic features of the classic Tuscan villa. However, farmhouses (case coloniche) are the main form of vacation rental accommodation in Tuscany, Italy. Many websites and individuals refer to Tuscan farmhouses as “villas” purely because they are stand-alone structures, but in fact Tuscan villas to rent are an entirely separate category from farmhouses. In addition, many Tuscan farmhouses have been divided up into self-catering vacation rental apartments, and the final category consists rural and village Bed and Breakfast rooms. B&Bs can be located in the Tuscan country towns and villages but wineries also offer this form of accommodation. A separate classification that can be superimposed on villas, farmhouses, apartments and rooms, is basically the division between true Tuscan agriturismi, meaning working farms such as wineries and/or olive oil producers, on the one hand, and all other rural holiday accommodation, on the other. The agriturismo experience is often the highlight of a vacation in Tuscany, Italy, and is certainly an economical option for your Tuscany holiday accommodation.