You are here:
Home » History and Culture of Tuscany » The Longobards in Tuscany 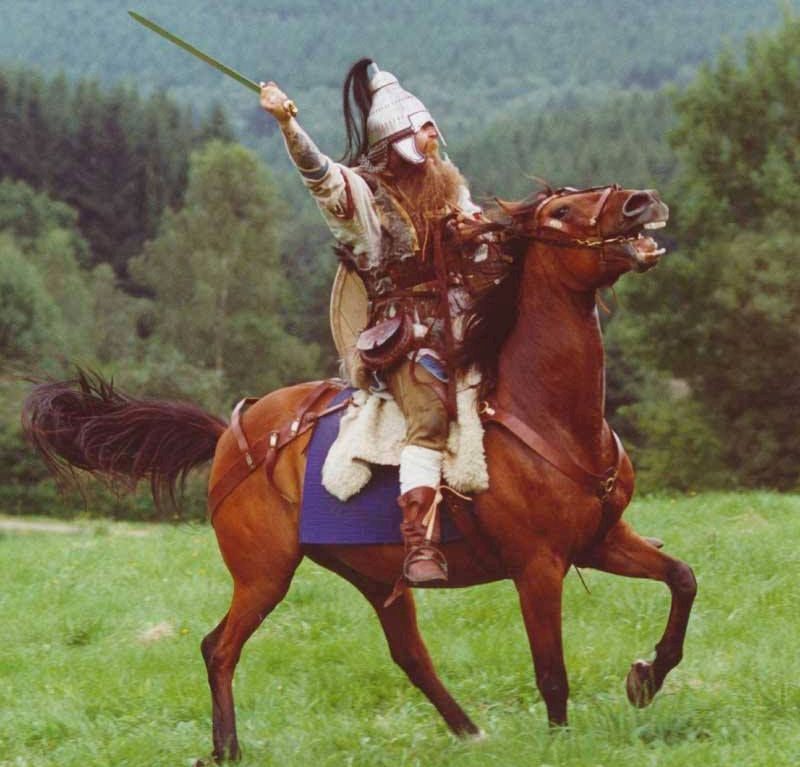 The Longobards in Tuscany

The Longobards in Tuscany

During the mediaeval period, there existed two or three very dynamic tribes whose historical imprint far exceeds what might have been expected from their numbers. They were characterised by mobility and assimilation into the populations that they conquered. Among these were the Longobards (the “long beards” or Lombards) and the Normans. Here we will say something about the Longobards in Tuscany and the traces of their presence that can still be found.

History of the Longobards (Lombards)

The Longobards were descended from a small tribe called the Winnili, who lived in southern Scandinavia before migrating southwards during the first century A.D. to seek new territories. After residing for some centuries in Germany and then, after the 5 C, in Austria , they continued south into Italy where their ruling dynasties established duchies, principalities and kingdoms which dispersed their culture throughout the peninisula. The domination of Italy by the Longobards lasted from 568 when Alboin, their leader, initated the conquest of the country, until 774, when Charlemagne ended the Longobard reign. Nevertheless, even after the advent of Charlemagne, Longobard nobles continued to rule parts of southern Italy. This continued well into the 11 C when they were conquered by the Normans and their territories were incorporated into the Norman County of Sicily. During this period, the southern part of Italy still under Longobardic domination was known by the name Langbarðaland in the Norse runestones.

Italy had become severely depopulated and devastated after the long Gothic War (535–554) between the Byzantine Empire and the Ostrogothic Kingdom during the Italian Dark Age. This “vacuum” was filled by the Lombards who were joined by numerous Saxons, Heruls, Gepids, Bulgars, Thuringians, and Ostrogoths, and their invasion of Italy was almost unopposed. By late 569 they had conquered all of the north of Italy and the principal cities north of the Po River except Pavia, which fell in 572. At the same time, they occupied areas in central Italy and southern Italy. They established a Lombard Kingdom in north and central Italy, later called the Regnum Italicum (Kingdom of Italy), which reached its peak under the 8 C ruler, Liutprand.

The territory of Longobardic Tuscany (early mediaeval Tuscia) in the 7 C and 8 C included Viterbo and Tuscania to the south and Luni to the north-west. Its main centres, often mentioned in legal documents, were Lucca (the seat of the Duchy of Tuscany) and environs, including Versilia and Garfagnana, Pisa, Sienna, Volterra, Pistoia, Pescia, Fucecchio, Chiusi, Sovana, Massa Marittima, the Cornia Valley, Fiesole, Populonia, Roselle, S. Salvatore sull’Amiata, etc. This region was a pars regni, different from the main portion of the Longobard kingdom that was centred north of the Appennines with its capital Pavia and was linked to Tuscany through the Cisa mountain pass and the road to Lucca, but which, at the same time, was not a detached and distant duchy like Spoleto and Benevento.

In Tuscany, many place names are of Longobardic origin, often indicated by the endings -ago, -igo and -engo. Others include:

The widespread presence of Longobards in Tuscany in the inland areas is also traceable through a set of toponyms: Cafaggio from *gahaghi meaning “fenced wood, hunting preserve” and its several versions such as Gaggiolo (Massa and Carrara), Cafaggi (Florence), Cafaggiolo and Caggio (Sienna); Braia or Braida from “brok” (“countryside, camp or field outside an inhabited nucleus”); “sala” with the meaning of “dwelling for a military chief” such as the ancient Sala Marthana near Fucecchio and Saletta (Pisa); Staffoli near Santa Croce sull’Arno (Pisa) and Montestaffoli near San Gimignano, as a border place or a meeting point along a road. There are also some place names derived from “whato“, as a place for guards including Gattero (near Casole d’Elsa) and Gattinaia (near Montepulciano), and some names derived from “Longobard” itself: Bardone, Bardò, Bardese, Bardine, etc., which are concentrated in the Apennine area.

Few Longobardic buildings have survived even partially. Most have been lost, rebuilt or renovated at some point, so that they preserve little of their original Lombard structure. However, many remnants of Longobardic architectural features have been preserved, all of them highly characteristic and some of them aesthetically very interesting. Many of these are preserved in small museums around Tuscany and in the structures, often churches. Even after centuries of wandering, the Lombards retained certain decorative features typical of the Nordic tribes such as the Vikings.

Grave goods also provide some fine examples of Longobardic art. In Chiusi, the museum holds a beautiful Longobard bow brooch dating from the 6 C and a wonderful Longobardic shield buckle was excavated in Fiesole.

Guelphs and Ghibellines in Tuscany To undestand the precise significance of these terms, one must consider the local politics and the special conditions of each individual Tuscan province and town. Thus, in Florence, a family quarrel between the Buondelmonti and the Amidei, in 1215, led…
Read More »

Tuscan Saffron Saffron is grown in small quantities but high quality in Italy where it is used in a number of regional dishes, most famously Risotto alla Milanese. The prized “Aquila” saffron (zafferano dell’Aquila) is characterised by elevated safranal and crocin content,…
Read More »