The Co-cathedral of Saints Peter and Paul at Sovana, Tuscany

You are here:
Home » 40 Top Sights of Tuscany » Abbeys and Churches of Tuscany » The Co-cathedral of Saints Peter and Paul at Sovana 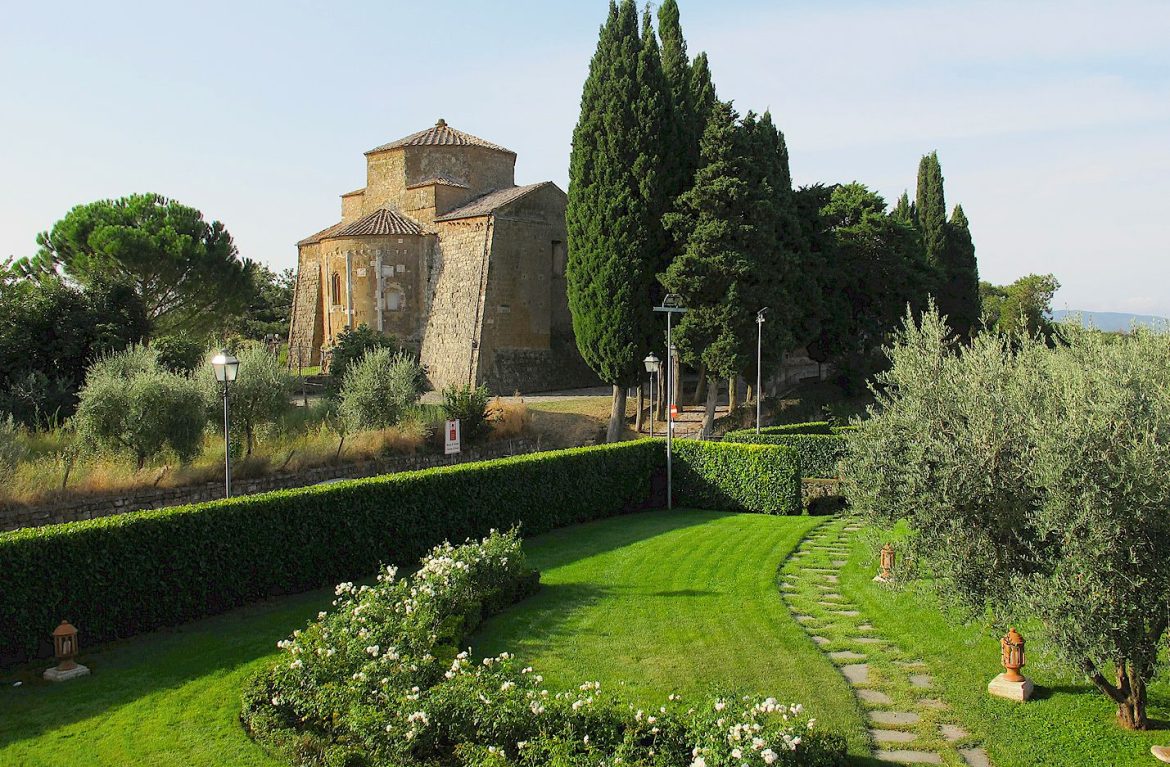 The Co-cathedral of Saints Peter and Paul at Sovana

Abbeys and Churches of Tuscany, Towns in the Province of Grosseto, Tuscany, Tuscany travel guide

The Co-cathedral of Saints Peter and Paul at Sovana

The Co-cathedral of Saints Peter and Paul, known in Italian as La Concattedrale dei Santi Pietro e Paolo, is one of the most important gothic-romanesque churches of Tuscany. This church is the Duomo of Sovana, a town forming part of the municipality of Sorano, Province of Grosseto, and located in the diocese of Pitigliano-Sovana-Orbetello.

Tradition has it that the bishop of Palermo, Mamiliano, evangelised Sovana at the beginning of the 4 C. This early conversion to Christianity earned Sovana nomination as a bishopric in the early 5 C.

The foundation of the current building dates back to the 8-9 C in the area where the Etruscan acropolis probably stood. From that time until the 17 C, the church was repeatedly modified. The existence of a large and important ecclesia cathedralis is evidenced not only by the bull of Niccolò II of 1061, but also by the large vaulted crypt in tuffa stone, which still exists. Further evidence is provided by the internal marble pilasters of the current portal. These are carved with circular plates and with symbolic geometric decoration that are very close in style and time to those of the monumental marble ciborium, all alluding to the Eucharist and unique in all of Tuscany. They were transported in remote times to the Church of Santa Maria, but are contemporary with the construction of the first Cathedral for which they were created.

The main entrance of the Cathedral is currently on the left side because the episcopal building was placed against the main facade in the 14 C. The portal has a rich and elegant sculptural decoration, including an armed knight, a bicaudata mermaid, peacocks, the tree of life, roses, lion protomes and spiral figures. The capitals of the internal columns are all decorated but the penultimate capital of the second row on the left should not be missed. It represents scenes from the Old Testament, including the sacrifice of Isaac and Moses opening the waters of the Red Sea.

An interesting detail of the Cathedral of Sovana is its astronomical orientation. On 21 June of each year, weather permitting, the first ray of the morning sun hits the apsidal lancet window and, crossing the entire nave, is projected onto the opposite wall, producing a quite beautiful effect. The same phenomenon is repeated in the paleochristian crypt below. This means that the orientation of the building (aligned with the summer solstice) does not correspond to the mediaeval rules dictated by the Church of Rome (the apse facing east) but instead follows the canons of Nordic cultures (Celtic-Germanic and/or Lombard). It might be significant that the Cathedral connected to the feast of St John the Baptist which falls on 24 June just three days after the summer solstice.

Interior of the Co-cathedral of Saints Peter and Paul

Comparisons with the Ravenna prototype of Sant’Apollinare suggest similarities in the Sovanese aedicule perhaps because the workers on both structures had an identical Lombard training. It has been hypothesised that the ciborium is one of the first monumental statements of the presence of the new lords of Sovana, the Aldobrandeschi.

After a grandiose reconstruction, which was still being worked on in 1248, the architectural modules correspond well to the extensions that were promoted in numerous cathedrals in southern Tuscany in the 12 C. On the prototype, then more modern, offered by the Abbey of Sant’Antimo with its Lombard construction and decorative forms – which here are fully manifested in the biblical stories carved in the capitals – those cathedrals now express a Romanesque style of the second generation, ready to welcome structural and formal novelties with a Gothic flavour.

In the urn on the altar of the left aisle, there is a relic which probably belonged to the church of San Mamiliano: “the urn of San Mamiliano” containing the remains of the saint. Also inside the Cathedral there is a six-column crypt, a baptismal font from 1434, the travertine sarcophagus from the 15 C. which originally housed the remains of San Mamiliano, some frescoes and many sculptural motifs representing symbols antecedent to the Christian tradition.

Sant’Emiliano a Borgonuovo near Cortona The parish church (pieve) of San Mamiliano a Cignano, now known as the church of Sant'Emiliano in Borgonuovo, is located on the Arretine hillside of the Val di Chiana, a short distance from the famous Abbey of Farneta, and was…
Read More »

Pontremoli Pontremoli is situated in the Province of Massa and Carrara very near the border with Emilia Romagna, making it the northernmost town in Tuscany. It is located at north-western end of the Lunigiana region in the high valley of the…
Read More »