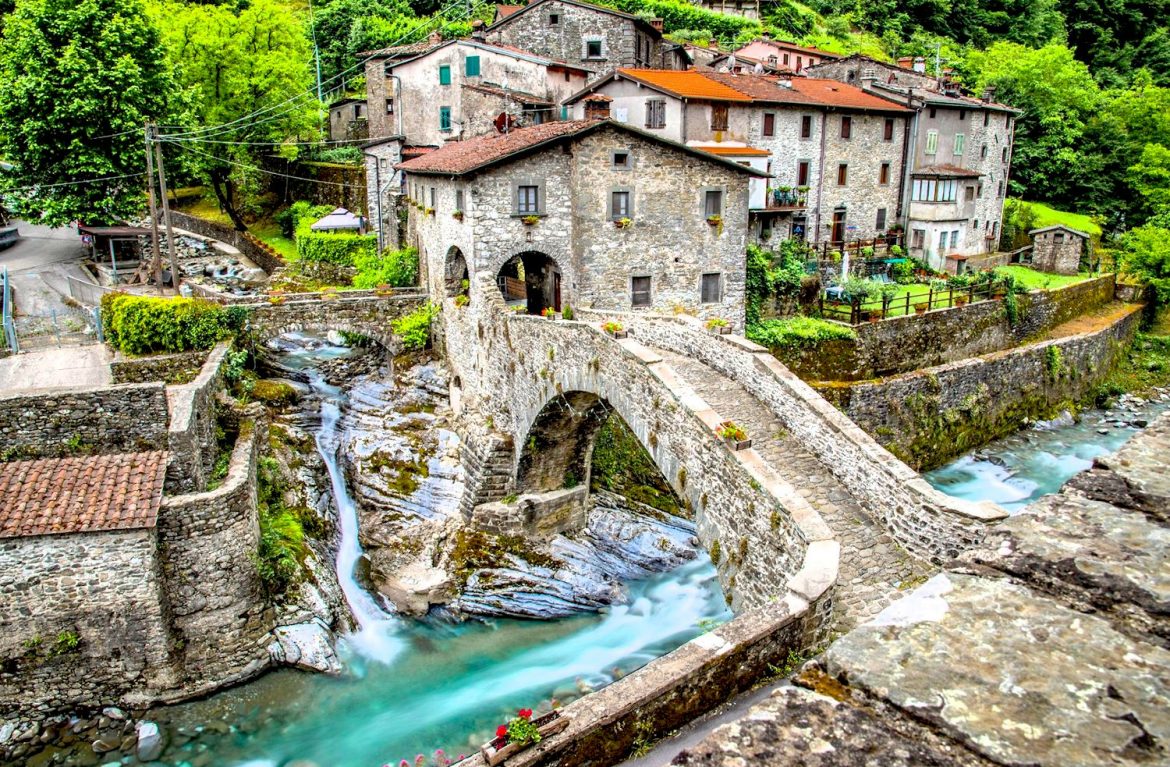 Ponte Colandi, an interesting and beautiful customs bridge on the former border of Lucca in Tuscany

Ponte Colandi is considered to be among the most beautiful bridges in the Turrite Secca valley. Colandi Bridge is located in Fabbriche di Vallico (now Fabbriche di Vergemoli), and is also called the Ponte della Dogana because it was indeed once a customs post.

Ponte Colandi is a foot bridge that connects the two parts of the village of Fabbriche di Vallico, with the Turrite Cava stream flowing beneath it. This bridge is important because historically the border line between the territory of the Republic of Lucca and the Estense Duchy passed here.

In the hamlet of Colandi, to the right of the stream, there was the customs office set up to tax the transport of products that crossed the mountains to the north and which were brought to the various markets in the Province of Lucca. Near the stone slab, where the procedures for the passage of products in the Lucca area were carried out, there was and still is a cell that served as a prison for those who did not pay taxes on ironware. Indeed, the entire customs house structure is still intact.

This customs post has been in place since in 1429, when, after the death of Paolo Guinigi, lord of Lucca, Fabbriche di Vallico and other villages in the Middle Serchio Valley, made an act of obedience to the Duke Niccolò d’Este, in order to escape the wars between the Pisans and the Florentines as they fought to take possession of the territory. The river remained the front of continuous battles for at least a century and a half, until, in 1600, the Duchy of Modena was formed and the battles moved elsewhere.

If you are in the area, this off-the-beaten-track strcture is well worth a visit. Very few of the old customs pots of Tuscany are so well-preserved.

More about the Lucca.