Villa La Foce in the Val d'Orcia of Tuscany

You are here:
Home » 40 Top Sights of Tuscany » Tuscan villas and their gardens » Villa La Foce 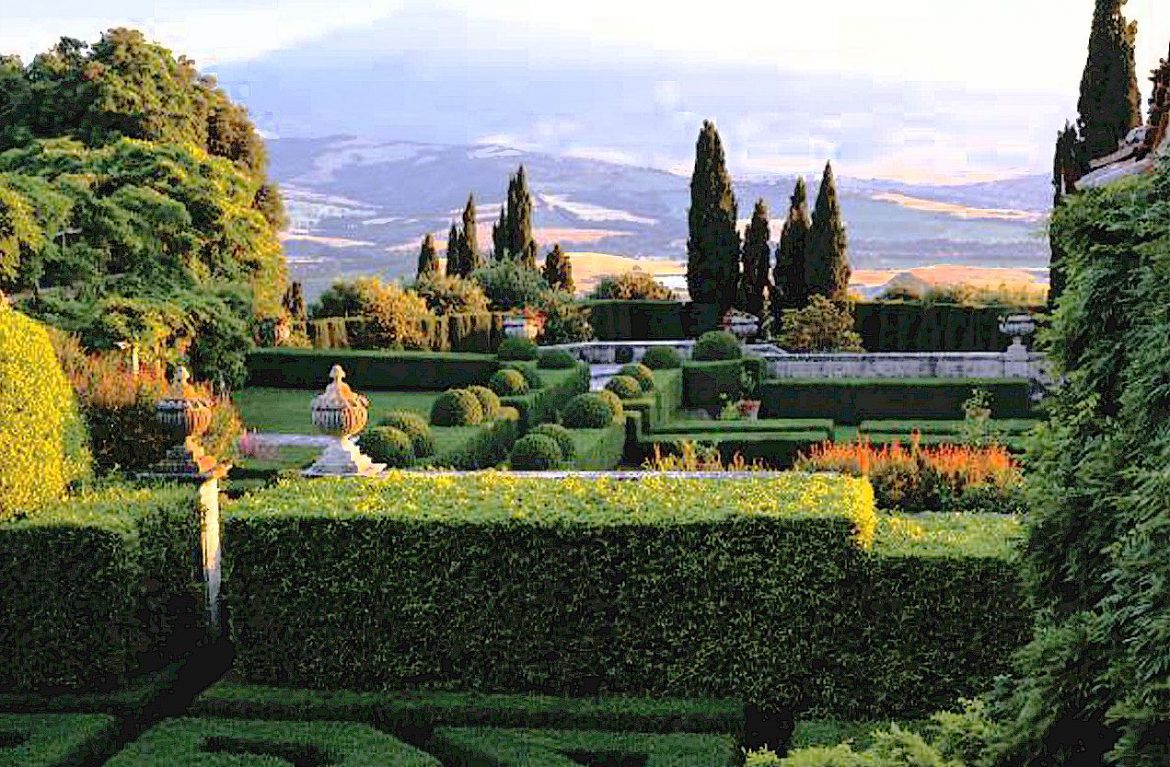 The classic Tuscan villa known as Villa La Foce is situated among the hills that overlook the Val d’Orcia, a beautiful valley in Southern Tuscany. The villa was built in the late 15 C as a hospice for pilgrims and merchants travelling from Rome along the Via Francigena to points north. In 1924, it was occupied by Count Antonio Origo and his English wife, the famous author Iris Origo, and the villa became a prosperous farming centre despite the difficulties of working the clay soil of the Crete Senesi.

The beautiful formal gardens were designed for Iris by the English architect Cecil Pinsent, and are widely held to represent an ideal combination of natural landscape and 20 C interior decoration, blending Italian and English traditions and taste, with the garden forming an extension of the interior of the villa, in the classic Renaissance manner.

The landscaped grounds developed gradually between 1925 and 1939. The villa is surrounded by a formal Italian garden, which is divided by box hedges into geometrical ‘rooms’ housing lemon trees in terracotta pots. The garden was conceived to enhance the Renaissance house and expand the spectacular view over the Val d’Orcia and Monte Amiata. The harmony between buildings, garden and nature makes La Foce an ideal example of Tuscany’s architectural and cultural evolution in the 20 C.

Four Star Villa Hotel in Chianti Hotel Villa Le Barone is a four star villa hotel located in the Chianti countryside above Panzano in Chianti, halfway between Florence and Sienna, in one of the most beautiful landscapes in Tuscany. Villa Le Barone offers air-conditioned, luxury rooms…
Read More »

Tuscan gardens Italy is famous for its formal gardens. This style of gardening, rediscovered in Tuscany during the Renaissance and based on classical Roman precepts, had great influence on garden design in England and especially in France. Early formal English gardens were…
Read More »