Santa Fiora, Province of Grosseto, in the Maremma area of Tuscany

You are here:
Home » Tuscan villages and towns » Towns in the Province of Grosseto, Tuscany » Santa Fiora, Grosseto 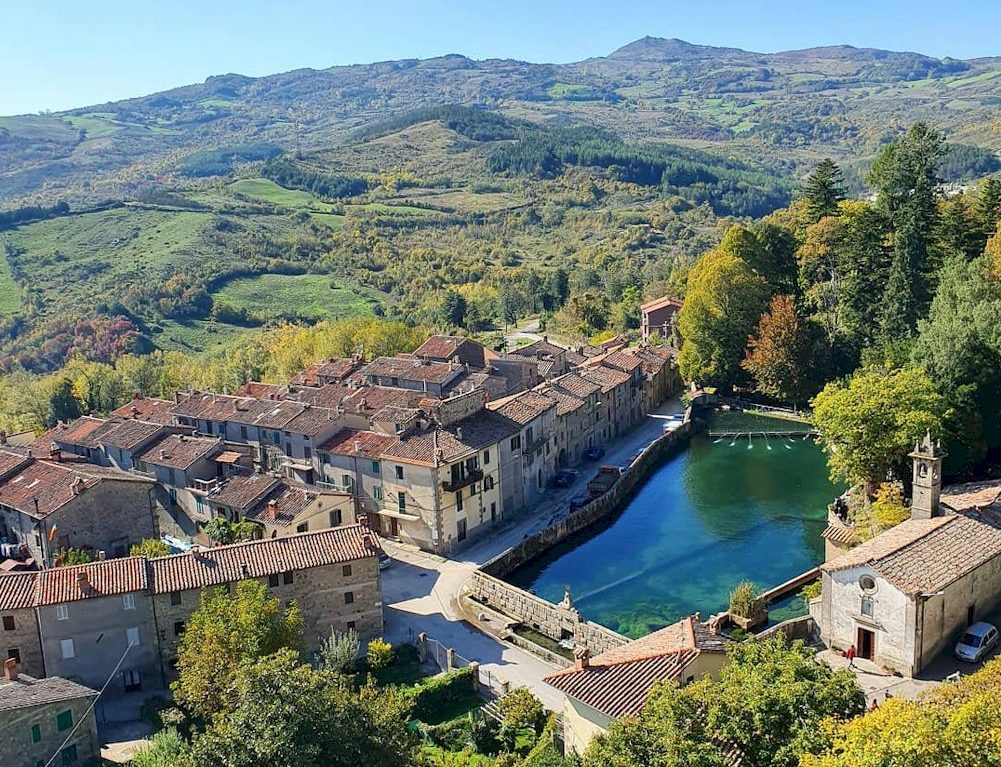 Santa Fiora, Province of Grosseto, in the Maremma area of Tuscany

The charming little town of Santa Fiora is located in the eastern extreme of the Maremma on the slopes of Monte Amiata and, along with Arcidosso, is well worth a visit by anyone visiting this area. Santa Fiora is located about 40 km east of the provincial capital Grosseto and about 110 south of Florence, on the river Fiora and in close proximity to Monte Calvo, to Monte Labbro in the west and to Monte Amiata in the north.

The main town is divided into three terzieri. The highest and oldest terziere is Castello, location of the Rocca (castle) which has been incorporated into the Palazzo Sforza Cesarini. The Terziere Castello is connected to the Terziere Borgo by the Via Carolina and the city gate, the Porticciola. The city gate of San Michele (Porta di Borgo) leads to Montecatino, the most recent terziere of the Santa Fiora. It is in Montecatino that you may visit the most interesting sight of Santa Fiora, namely the Peschiera, a large reservoir that supplies the town with water. Nearby is the Church of the Madonna della Neve, commonly known as “della Pescina”, which contains frescoes by Francesco Nasini and a glass floor through which the spring of the Fiora, flowing just below foot level, may be observed.

Santa Fioras was mentioned for the first time in 890 in a document which deals with border issues with Abbadia San Salvatore. Finds from the Neolithic and the Etruscan and Roman periods suggest an earlier settlement. Fortification work by the Aldobrandeschi is documented from 1082 and documents refer to the Castello Santa Flore from 1141 onwards. In 1274, the Aldobrandeschi family split into two branches. One remained with headquarters in Santa Fiora, the other resided in Sovana and Pitigliano. Arcidosso, Castiglione d’Orcia, Roccastrada, Selvena and Semproniano also belonged to the county of Ildebrandino di Bonifazio at that time. In the middle of the 14 C, Santa Fiora came under the control of the Republic of Sienna, when Guidoriccio da Fogliano captured several strongholds in the area. The peace treaty between Santa Fiora and Sienna was signed in Sienna on 18 November, 1331. From 1380 to 1384, Santa Fiora place was occupied by Sienna. Through the marriage of Cecilia Aldobrandeschi with Bosio Sforza in 1439, the Santa Fiora came under the control of the Sforza, after 1673 that of the Cesarini Sforza. In the 19 C and 20 C, mining, which produced mainly mercury, was important economically.