Lari in the Province of Lucca, Tuscany

You are here:
Home » Tuscan villages and towns » Towns in the Province of Pisa, Tuscany » Lari 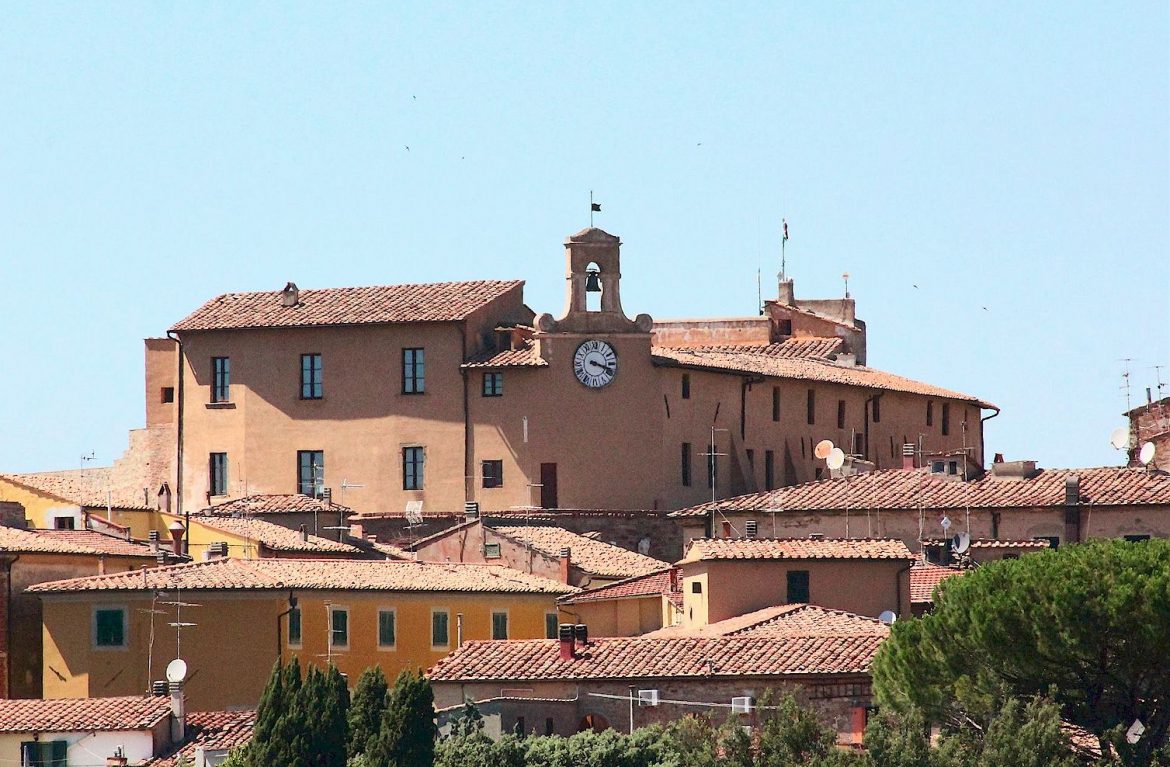 Towns in the Province of Pisa, Tuscany, Tuscany travel guide

The village of Lari in the Province of Pisa, Tuscany

In the distant past, the small town of Lari was an important political, administrative and agricultural centre, performing the function of “capital of the Pisan Hills” for centuries. In ancient times it was an important locality on the road between Pisa and Volterra, an Etruscan city to which Lari remained linked until late antiquity. The origin of the name “Lari” has been traced back to the Etruscan-Roman term lar, Lare, protector deity of the rural communication routes, and to the Etruscan personal name Lars (as in Lars Porsenna). Various findings made in the Larigiano area confirm an Etruscan origin and intense activity in Roman times (for example, Etruscan necropolis of S. Ruffino from the 8th-7th century BC, Etruscan marble tombstone – today at the Castello dei Vicari) – from the III-II century BC, an Etruscan tomb at Casciana Alta, and a Roman statue of the first century BC also in the Castello dei Vicari).

After Lari was conquered and fortified by the Longobards (Lombards), it remained a free rural municipality until the 11 C. It’s likey coat of arms – three horizontal bands of blue, white and green with a fox (perhaps a wolf) in the centre “passing naturally” – was in use until to the 17 C)

The inclusion of Lari in the diocese of Lucca until the 17 C dates back to the Lombards who had chosen Lucca as the capital of Tuscany. Lari later became a cornerstone of the Republic of Pisa though this was disputed among Lucca, Pisa and the Republic of Florence, then in the 13 C Lari fell into the hands of the Upezzinghi family, a rebel faction among the Pisans.

In 1406, Lari passed to Florence, which has just taken the city of Pisa. Florence elevated Lari to the rank of capital of the Pisan and Livorno hills, hosting the Vicars of the Florentine government (members of the most noble families of the city: Medici, Pitti, Capponi, Guicciardini, Silvatici and others). The Vicariate of Lari had jurisdiction over a vast territory that extended from Pontedera to Riparbella, from Palaia and Peccioli to Rosignano Marittimo and Livorno. During the first centuries of the Florentine domination, the northern hamlets were depopulated, with the Municipality of Perignano then meeting in Lari. Between the late 15 C and early 16 C, Lari again became part of the reborn Republic of Pisa, which however definitively lost its independence to Florence in 1509.

With the Hapsburg-Lorraine reforms of the 19 C and the annexation to Piedmont, Lari gradually lost its importance, while maintaining – until the mid-20 C – a certain commercial importance with a weekly market and livestock fairs together with cherry production.

What to see in Lari

Today the most significant sight within Lari is the Renaissance fortress (Castello dei Vicari), formerly the residence of the Florentine Vicars. This well-preserved complex is open to the public throughout the year. Visitors may view Etruscan, Roman and Renaissance objects (glazed terracottas of the Della Robbia), mediaeval and Renaissance frescoes, the “Hall of torments”, the prisons, and underground chambers known as “the hell”.

Most visitors to Lari also visit nearby Casciana Terme.

Volterra Volterra is an archetypal Tuscan hill town. Its very high and isolated location have preserved much of its original character. Part of its walls, the acropolis and the Porta dell’Arco gate are Etruscan and the Guarnacci Etruscan Museum is one…
Read More »

Populonia Populonia is the location of some of the best-preserved Etruscan tomb structures and other remains in Tuscany, plus a small Etruscan museum. It was an important metalworking city for the Etruscans and one of the few of their cities built…
Read More »