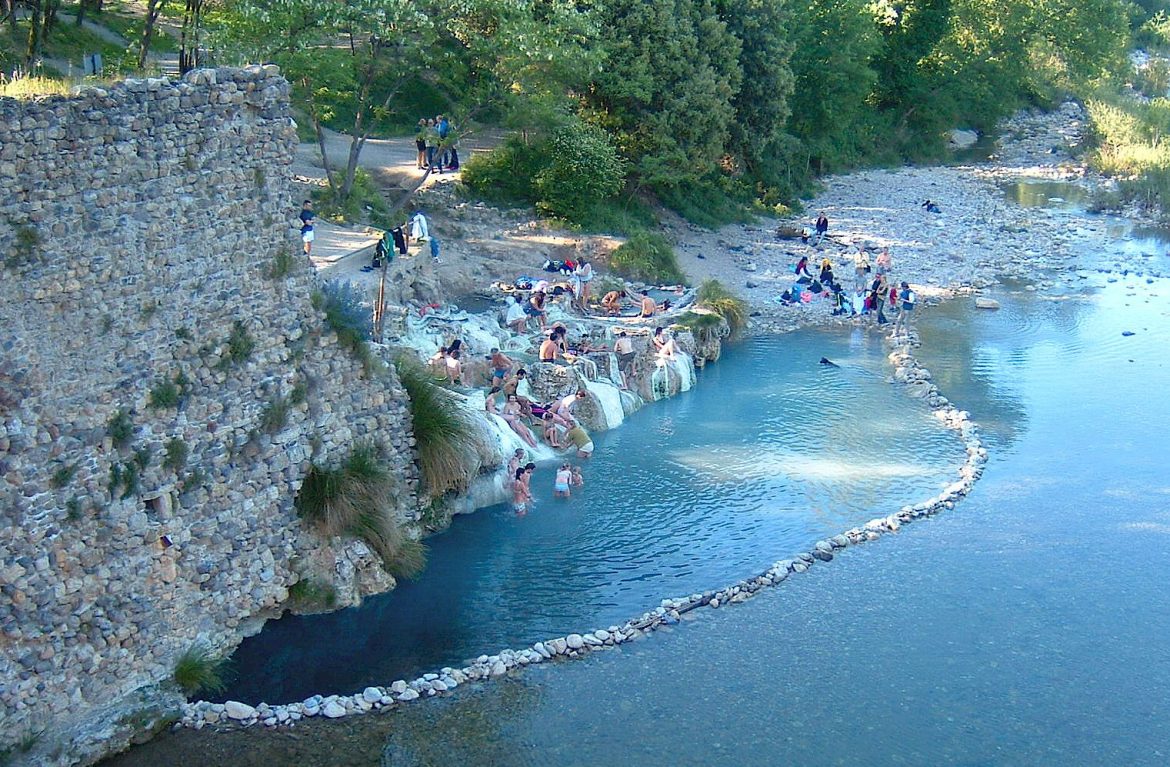 The Terme di Petriolo (or Bagni di Petriolo) are a Tuscan thermal spring. The location is in the Ombrone Valley, along the Farma river, on the border between the municipalities of Monticiano and Civitella Paganico, in the province of Sienna and Grosseto respectively.

The Roman origins of the Bagni di Petriolo, in the province of Sienna, are well documented, in fact both Marco Tullio Cicero in the oration pro Marco Coelio and Martial in his famous epigrams speak of it. Some Roman tombs have recently been discovered in the area. At the beginning of the fifteenth century the baths were fortified, these walls and the tower of the Siennese Republic are still visible. During the Renaissance they were frequented by the Medici, the Gonzagas, Pope Pius II Enea Silvio Piccolomini and Federico II di Montefeltro. The water springs at 43 ° C from a source located on the bank of the Farma stream and gives off a strong smell of sulphur due to the presence of hydrogen sulphide which is responsible for the beneficial effects for the respiratory system. The thermal waters can be used both in the modern and equipped establishments, and freely, along the Farma bank, where small pools have been dug in the rock.

Bagno Vignoni Bagno Vignoni (sometimes Bagni Vignoni) is famous for its thermal baths. It was popular with the Romans (and probably the Etruscans) and rose to prominence again during the middle ages because of the proximity of the Via Francigena, the north-south…
Read More »