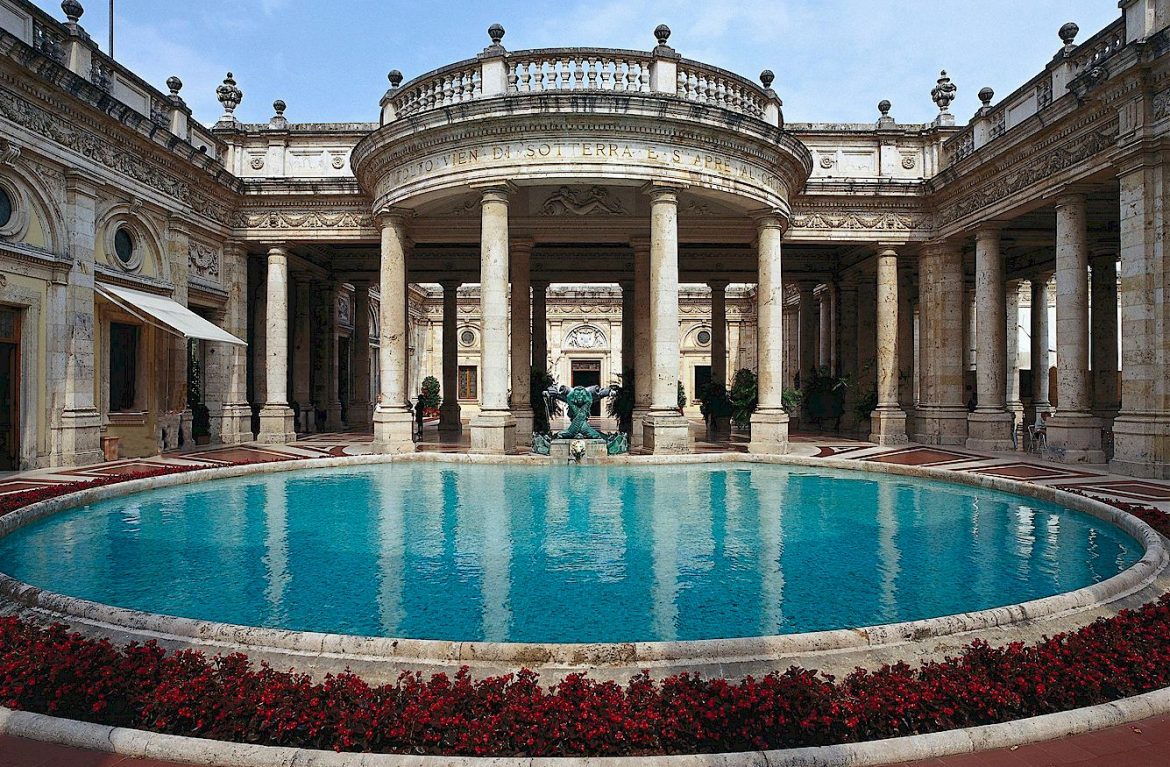 Activities for visitors to Tuscany, Thermal pools, baths, springs and spas in Tuscany, Towns in the Province of Pistoia, Tuscany, Tuscany travel guide

The most famous thermal spa in Tuscany, replete with art deco architectur

Montecatini Terme and its thermal resorts are located in the Valdinievole which is also the area of some small but attractive art towns such as Pescia and Monsummano Terme. The Valdinievole forms a small but significant part of the Province of Pistoia. The most important attractions of Montecatini are the thermal spa facilities themselves. These are for the most part magnificent Art Nouveau or neo-Gothic buildings arranged around the most beautiful and charming Thermal park of Europe.

In Montecatini Terme, in the province of Pistoia, the first baths were built in 1530 and were named the“mediceo” and “dei merli”spas. However, the baths were not properly organised until Grand-duke Leopold’s reclamation scheme. Canals were dug in order to drain the water, thus making it possible to use the springs. Three further baths were built: Bagno Regio (1773), the Terme Leopoldine (1775) and the Tettuccio (1779). Montecatini enjoyed its greatest fame at the end of the 19 C and the beginning of the 20 C when it became a truly international meeting place. Along its tree-lined avenues, in the parks and in the town’s public places, it was common to see celebrities such as Giuseppe Verdi, Pietro Mascagni, Ruggero Leoncavallo, Trilussa, Beniamino Gigli, and Luigi Pirandello. Today Montecatini is Italy’s major spa centre and one of the most important in Europe with its nine baths – Excelsior, Redi, Giocco, La Salute, Leopoldine, Regina, Tamerici, Tettuccio and Torretta.

The older, higher part of Montecatini is Montecatini Alto, reached by a funicular railway and location of the Torre dell’Orologio, a mediaeval clock tower, and the Romanesque church of Santa Maria a Ripa. Montecatini Alto is worth a visit for the views alone.

Bagni di San Filippo Bagni di San Filippo, in the province of Grosseto, is situated among the fascinating “crete” of the Val d’Orcia and the woods of Monte Amiata. This is one of Tuscany’s most spectacular spa resorts thanks to the presence of white…
Read More »