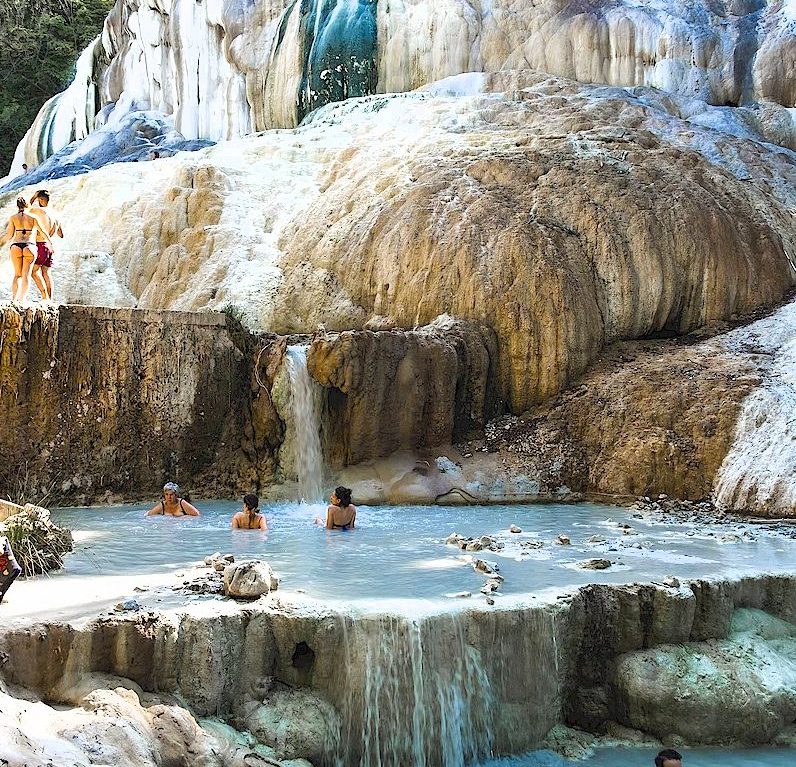 Bagni di San Filippo, in the province of Sienna, is situated among the fascinating “crete” of the Val d’Orcia and the woods of Monte Amiata. This is one of Tuscany’s most spectacular spa resorts thanks to the presence of white limestone deposits which wind magically through the surrounding greenery. Nature lovers can step into the woods and swim in the open-air pools where they can enjoy these natural resources. The thermal springs, rich in calcium, sulphur and magnesium, were known to the Romans and later were visited by Lorenzo the Magnificent. Cosimo I of the Medici rebuilt the baths in 1566 and it is said that the Grand-duke Ferdinand II tried to find a cure for his severe headaches with these waters.