Narni - art, architecture and festivals of Narni in Umbria, Italy

You are here:
Home » Sights of Umbria » Narni 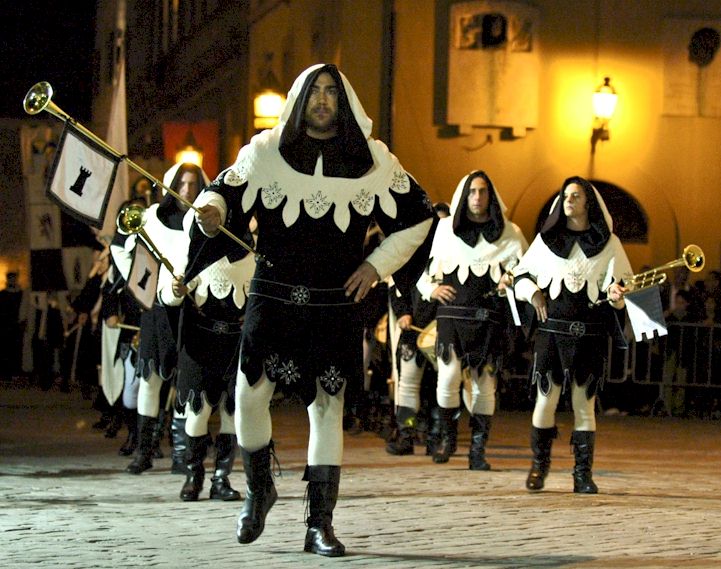 Art, architecture and festivals of Narni in Umbria, Italy

Narni in Umbria is first referred to as “Nequinum”, a populated nucleus dating back to about 600 BC. By 299 BC, Narni had become a Roman colony named “Narnia”. The name comes from the nearby Nar river, which is called the Nera today. In 233 BC, Narni became an important fort along the newly constructed Via Flaminia, and in 90 BC it became a township. The Roman emperor Nerva was born at Narni.
Narni suffered from the invasions of the Longobards and Goths due to its militarily important position, but nevertheless flourished and became a free town in the 11 C. Narni reached its period of major splendour during the 12 C and the 14 C. During the Renaissance, the Narni was often the working location of famous artists including Rossellino, Ghirlandaio, Vecchietta, Antoniazzo Romano and Spagna. In 1527, Narni was betrayed and fell to the Lanzichenecchi, who sacked it. Artists such as the Zuccaris, Vignola, Sangallo and Scalza participated in restoring the town, and in 1664 the municipal library was founded.

The Corsa all’Anello Festival is one of the best mediaeval festivals held in Umbria.
Worth a visit.More about the town of Narni in Umbria.

Spoleto Spoleto is well worth a visit both on account of its wonderful location on the slopes of the Apennines and for it Roman, mediaeval and Renaissance art and architecture. The history of Spoleto is long and illustrious and this is…
Read More »

Norcia Norcia, Italy is located on the flat floor of a valley around 600 m high in the Sabbine mountains of Umbria, Italy, between the Sordo and Torbidone rivers. Norcia has long been inhabited and gained political importance in Roman times,…
Read More »

Spello Spello is vastly under-rated as a place to visit in Umbria, Italy. This quiet Umbrian hilltop (or, rather, ridge-top) town is a pleasure for those who love to explore the integration of Roman structures into a living town. Three well-preserved…
Read More »