You are here:
Home » Sights of Umbria » Carsulae 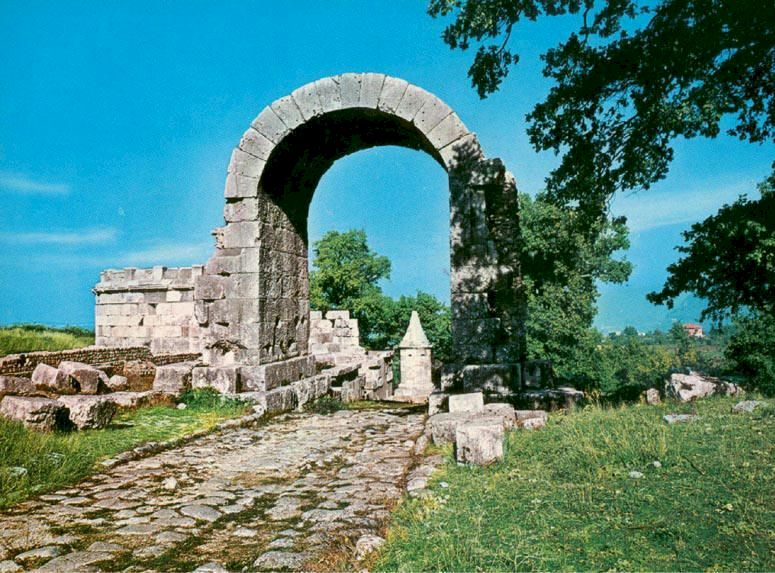 Carsulae is a quite well-preserved Roman city located in the Umbria countryside. Although not as spectacular as Pompeii and Herculaneum, Carsulae does nevertheless provide a readily comprehensible example of Roman city planning, with some of the major features of a Roman provincial city clearly visible. The forum, basilica, theatre, amphitheatre, ceremonial city gate, and paved and guttered streets are all well-preserved. There are no later buildings in the area to obscure the ruins, other than the palaeo-Christian Chiesa di San Damiano which is in any case an adapted Roman building.

So if you’re visiting central Italy, meaning Tuscany and Umbria, and would like to see traces of the Romans in this area, then Carsulae is for you.

Worth a brief visit. More about Carsulae.

Roman Umbria Many Roman ruin and Roman history enthusiasts visiting Italy might be unaware that, in addition to Pompeii and Herculaneum, there are many splendid Roman remains to be found outside of Rome and its environs. A great many of these are…
Read More »

Todi Todi was important to both Etruscans and Romans and is the location of several interesting Gothic and renaissance buildings, including the 11 C cathedral and 13 C palazzi. Its triple walls are still easily discerned. The innermost is Etruscan, the…
Read More »

Spello Spello is vastly under-rated as a place to visit in Umbria, Italy. This quiet Umbrian hilltop (or, rather, ridge-top) town is a pleasure for those who love to explore the integration of Roman structures into a living town. Three well-preserved…
Read More »